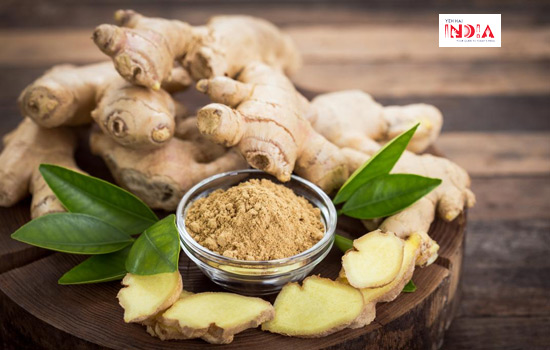 Read on to know more about one of the superfoods in Ayurveda–Ginger; its various health benefits and ways to include this root in your diet.

The scientific name of Ginger Zingiber comes from the Greek word ‘Zingi-beri’ which has its roots in the Sanskrit word ‘Sringavera.’

Ginger is a delicious spice used worldwide. In India, it has been used since the Vedic period and is hailed as ‘Maha aushadi’ meaning ‘great medicine’ because of its healing properties.

This herb has its roots in East Asian parts but has slowly traveled west during Greek and Roman times. The Greeks ate ginger wrapped in bread to help with digestion and later incorporated it into bread giving rise to Gingerbread. The Spanish loved the herb so much they started plantations in Jamaica that led to a new variety of Jamaican ginger known for its delicate aroma and flavor.

Ginger is also used in the Unani system of medicine. It is a major ingredient in Hub-gul-pista used to treat coughs, in Qurs Pudina and Murraba Adrak to treat flatulence.

Ginger is used in many Ayurvedic formulations as the main ingredient or an adjuvant (to help improve the medicine’s strength). It is used in Chatarbhada Kvatha for fever and respiratory disorders and in Hingvastak churna to help indigestion. According to Ayurvedic physicians, ginger is used to treat the diseases that occur in Kapha and Vata bodies.

Recommended Story – Oat Milk – The Ultimate Plant Based Milk for Everyone

Ginger has been used in Ayurvedic medicine to improve digestion. It helps relax the muscles controlling the gastrointestinal tract and thus helps bowel movements.

Having fresh ginger with a little bit of salt and lemon juice before meals acts as an appetizer. It also cleans the tongue and throat, increasing taste perception.

Ginger also helps alleviate motion sickness: discomfort caused due to movement during travel. It is also helpful in treating nausea, vomiting, and especially morning sickness in pregnant women. In Ayurvedic texts, ginger was given to pregnant women just before childbirth for easy delivery.

Studies have found that ginger extract fares better compared to dimenhydrinate – a common drug for motion sickness. These properties have led to ginger being on the list of approved herbal medicines in Germany called German Commission E for treating motion sickness and flatulence.

For thousands of years, ginger has been used in Ayurveda to treat arthritis and rheumatism. The active compounds present in ginger – mainly gingerol – inhibit inflammation, hence reducing pain in arthritic patients. A review found that after consuming ginger, people had less pain in their joints.

4. To treat Coughs and Cold

Ginger is known to have antiviral and antimicrobial properties. Ginger extracts containing gingerol and dry roots of ginger are used in various ayurvedic preparations to help treat cold and cough.

The next time you have a sore throat or a blocked nose, taking ginger mixed with honey – in the form of a paste will be helpful.

5. To Treat Headaches and Migraine

Ginger is also reported to help treat headaches and migraines due to its nature of relieving pain. Unlike most migraine drugs that have side effects and are prescribed in a limited dose, taking fresh or dry ginger helps alleviate migraines without such side effects.

Many studies have shown that ginger has a significant effect in lowering cholesterol levels in the blood. Compared to the standard drug Gemfibrozil, ginger extracts reduce cholesterol and help control cholesterol buildup in arteries that ultimately lead to atherosclerosis and heart attack.

Drinking a warm decoction made out of dry ginger powder is said to be beneficial for heart patients.

Ginger has many active compounds like zingiberene and gingerols. These active compounds show anticancer activity. They protect the body from gastrointestinal cancers or GI cancer, the most common type of cancer that affects the different organs of the digestive system.

Ways to include Ginger in your diet

It is estimated that on average people consume 8 to 10 grams of fresh ginger root every day in India. The multiple benefits of ginger make it an ideal component of our daily diet.

This is the most common form of ginger used everywhere and easily available on food shelves. The skin can either be peeled or used along with it. Fresh ginger has a great aroma, fat, and protein content and can be used to flavor dishes, add as a garnish, or fried in tadkas to release its components.

This form of ginger is dipped in sugar syrup to form candies. It can also be soaked in a salt solution to make pickles that are commonly used as side dishes in Indian homes.

Dry ginger is mainly used in Ayurvedic formulations and to extract oils. Here, the ginger is peeled and sun-dried. The whole dry ginger is either exported as a spice or it is powdered.

The powdered form can also be used to flavor dishes, make aromatic curries, or mixed with warm water to drink.

Ginger oil is produced by steam distilling dry ginger. The oil is potent and is mainly used in food processing or cosmetics like perfumes and soaps.

In India, a paste made of ginger and garlic is a household staple. This paste can be easily prepared by macerating 50% of ginger and mixing it with 35% garlic and 15% salt. The ginger-garlic paste has myriad culinary uses from vegetarian to non-vegetarian dishes.

Thus, ginger is aptly named ‘maha aushadhi’ due to its medicinal properties. Though it is recommended to consume ginger daily, the quantity needs to be controlled as instructed by your doctor as anything in excess can have adverse effects.

With degrees in biochemistry and science journalism, Pratibha is a freelance writer for Yeh Hai India. She hopes to have a Siberian Husky one day and name him Blue. You can find her at protonjump.com 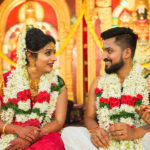 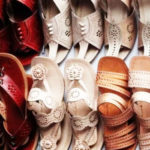