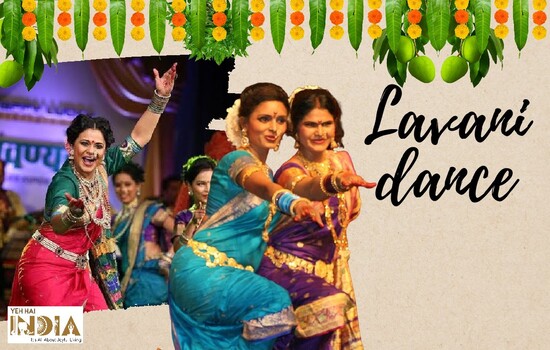 Lavani, the most mesmerizing folk dance from Maharashtra, is a treat for those interested to learn about Maharashtrian culture.

Lavani is a traditional folk dance belonging to the state of Maharashtra and other Konkan regions. Besides being a popular dance, Lavani holds recognition as a famous music genre in Maharashtra.

Women dressed in their traditional costumes which includes nine yards of beautiful sarees, sing and dance together on the beats of a dholak with dance movements that imbibe the cheerful nature of Maharashtrian culture.

Evolution Of Lavani Through The Ages

The dance form in the early days revolved around the lives of normal people, religion and the society we lived in. Lavani involves rhythmic movements with a hint of eroticism in the songs and dance moves.

Later on, Lavani dancers performed for the entertainment of the soldiers from the Marathi battles in the 18th and 19th centuries.  Eventually, the upper crust of the society wanted in on these performances and brought on a bad rep to these dancers. People shunned Lavani performances due to this reason and slowly the art form began to go unnoticed.

Lavani experienced an age of revival when some great and renowned poets and reformers made an effort to bring back the art form which once was an essential part of Marathi folk theatre.

It is widely believed that the name Lavani originated from the word ‘Lavanya’ meaning beauty. Others believe that the name was derived from the Marathi word ‘Lavene.’ Lavani is sung and danced in daily mundane lives and controversially contribute greatly to society, religion or politics.

One of the early forms of Lavani was, by custom, performed by the shepherds or the Dhangars as they called them in Sholapur, Maharashtra. They sing songs of nature, society and god – the everyday life of normal people. This form of Lavani is not commonly performed in other regions of the state.

With recordings as early as the 1560s, Lavani went through ups and downs with the rise and fall of rulers and empires. During the Peshawri Dynasty’s rule, this dance form was at its extreme high in Pune where they were endorsed by the royalty.

In the 80s and 90s, the dance was performed for the wearied soldiers to give them a boost in the form of songs with elements of politics and religious satire. Moreover, the songs are suggestive in nature with sarcastic dialogues with the intention of entertaining the crowd and keeping them interested throughout the performance.

The two types of Lavani are called the Phadachi Lavani and Baithakichi Lavani. The former is when the performance occurs in front of a big crowd on a local theatre stage or anywhere public while the latter form is enacted in a closed and private setting where the dancer performs by sitting in front of a limited audience.

Both the forms are believed to have originated from the Prakrit Gathas which describes the two types namely the Nirguni Lavani, the philosophical form and the Shringari Lavani, the sensual form. The music used in the Nirguni performance is devotional and is very well known in Malwa.

The Shringari Lavani is written by a male poet and performed by a female dancer.

Famous Celebrities Who Contributed To Lavani

The beats are quick and the dance gets a streak of refinement by the sound of Ghungroos. This makes the dance spread invigorating energy among the crowd.

For the main performance, the songs are usually accompanied by a Dholak, Manjeera, and a Daf for percussions, a Tuntuni for strings and a harmonium for keys.

The Shrinagri Lavani was the more commonly preferred form in theatres and later popularised all over the nation through Hindi films as they always narrated about love, especially that between a man and a woman.

The more sexually explicit concepts that were included in their songs were adultery, intercourse and even menstruation which were all considered taboos of varying levels.

The dancers wear a nine-yard long saree called the Nauvari and tie their hair in a bun adorned with pretty flowers. Although the length of the Nauvari is longer than the normal sarees, the Kashta type of draping makes them much more comfortable than the other styles of sarees. It allows the dancers more freedom to move their legs while dancing.

The sarees are usually woven from cotton as they are stiff enough to keep them from riding up during a performance and at the same time cool and light enough to prevent the dancers from heating up too much.

The dancers also accessorise the costume with heavy jewelleries like a Nath or nose ring, necklaces, big earrings, a Kamarpatta at the waist, a lot of bangles at the wrist and Ghungroos or anklets on their feet. Their foreheads have the traditional big, dark red bindi.

The dance form has lost its earlier shine and respect. With the rise in defamation of the artists due to the sensual nature of the content and the private performances that were offered to the wealthy clients, there was a widely spread misconstrued notion about the dance form itself.

Then with Bollywood movies that majorly featured these artists and the dance in a poor light, they faced discrimination from the same society they had successfully entertained for centuries.

Currently, 40 medium-sized troupes performing Lavani and about 600 small troupes exist in the state of Maharashtra alone.

Maharashtra is home to around 600 small groups of Lavani performers. They also have up to 40 or so slightly bigger Lavani dance groups.

One complete performance of Lavani traditionally is enacted throughout the night. When it is completed, they close the curtains with the burning of Manmatha’s mount.

Although traditionally performed solely by females, there are rare male performers who are called Kinnars or Nats.

Another dance form that is closely related to Lavani is the Tamasha.

Lavani is a traditional folk art form from the state of Maharashtra and other Konkan regions that includes both singing and dancing. Lavani dancers perform their art draped in a 9-yard saree and heavy jewellery, to fast-paced music from instruments like Dholak, Manjeera, Daf, Harmonium and a Tuntuni.

The two forms of Lavani are the Shringar or sensual form and Nirguni or the philosophical form. Lavani when performed in front of huge crowds are called Phadachi Lavani while the other form – Baithakichi Lavani, is when the dance is performed in an intimate gathering for a small group of people, usually the wealthy.

If you truly want to capture the lively traditions of Maharashtra, Lavani dance is worth a watch. 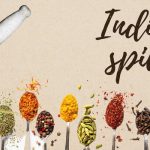 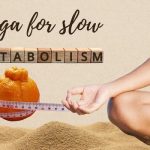