Filter Coffee is the most famous beverage of south India. Lets see how coffee came to India and filter coffee became the most loved in South India.

Brief History of How Coffee Took Over India

Legend has it that Coffee came to India as early as in the 17th century. Baba Budan, a Muslim saint from Chikmagalur (district in Karnataka) is said to have snuck in seven coffee beans from present-day Yemen while returning from Hajj, a pilgrimage in Mecca. It was illegal then to carry coffee beans out of the Arabian Peninsula as local coffee producers and traders wanted to preserve their domination. However, Baba Budan not only managed to sneak them into India by camouflaging the beans in his beard but was also able to plant them in the Chandragiri Hills of the Chikmagalur district- which is why, today, Chikmagalur is called the Land Of Coffee.

The British East India Company played a big role in getting coffee into our country.

David Burton, a food historian based in New Zealand writes in his book The Raj at Table (1993)

“India’s first coffee house opened in Calcutta after the battle of Plassey in 1780. Soon after, John Jackson and Cottrell Barrett opened the original Madras Coffee House, which was followed in 1792 by the Exchange Coffee Tavern at the Muslim, waited at the mouth of the Madras Fort. Other houses also offered free use of billiard tables, recovering their costs with the high price of one rupee for a single dish of coffee.”

How Amma (Grandmother) Made Filter Coffee

A relatively unknown fact of making filter coffee is that sugar was expensive to purchase back then, and hence jaggery was used to sweeten the coffee.

This is a typical scenario of what went into making a cup of coffee.

In an old rusty pot, grandmother would boil water with jaggery in it. When the jaggery melted, she would add the coffee powder – the beans she herself had ground earlier in the market – and boil the whole mixture for twenty odd minutes. She’d allow the coffee remains to settle at the bottom of the pot. Then she’d strain the coffee, leaving the residue behind, and the family’s cup of morning coffee was good to go!

Coffee vendors have a unique way of making filter coffee. He holds a jug high up in one hand with the cup down below in the other – a distance of over three meters. He pours the coffee into the cup, then back into the jug, then back into the cup – a couple of times of this back and forth, before he offers it to his customer. Traditionally, this is how coffee was served in south India. Thus, in south India it is almost as if we sell coffee by the meter. It is said that the coffee is also aerated this way. Scientifically correct – with the coffee falling like a waterfall into the cup, tiny air bubbles are formed in the brew. All in all, a curious and delightful experience, if you’re seeing it for the first time.

South Indians might invest in fancy cutlery but filter coffee is always served and savoured in steel tumblers or lotas. Traditionally, it was served in brass tumbler and davara/dabara (a saucer of sorts) but today it’s more about the nostalgia of drinking the filter coffee in a certain way more than the kind of cutlery used.

The highway connecting Bengaluru and Chennai have a number of ‘Kumbakonam Degree Coffee’ places. What is degree coffee? Milk for filter coffee should be undiluted. That’s the main rule in seminal filter coffee texts. Large scale dairy farms would use a lactometer to check if the milk is indeed undiluted and appropriate for filter coffee. The locals at that time didn’t know what a lactometer was and thought it to be thermometer instead- one that measures degrees. This gave rise to the term ’degree coffee’ in the Cauvery delta region and that’s how the name came up.

If you’ve been around any of the major cities in India you would’ve surely spotted a coffee shop by the name “India Coffee House.” This chain was first started by the British in 1940. By 1957, it was taken over by Indian management and the first outlet came up in Bangalore on MG Road. Gradually the chain spread to other parts of India, where more people, and not just the South Indians, could savour their first cups of the brew. Fun Fact: The chain ‘India Coffee House’ predates Starbucks by like 50 years or so. Indians love to talk. With all the free time we had back then, the chain was bound to become the talk of the town. Make sure you grab a cup of India’s finest filter coffees at India Coffee House- or you can even try the local’s If you’re up for that kind of adventure!

If you are wondering what s the fuss about the south Indian filter coffee, you will be surprised at the lengths people go to make sure they have a great cup of filter coffee first thingin the morning. 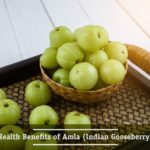 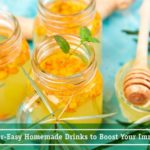