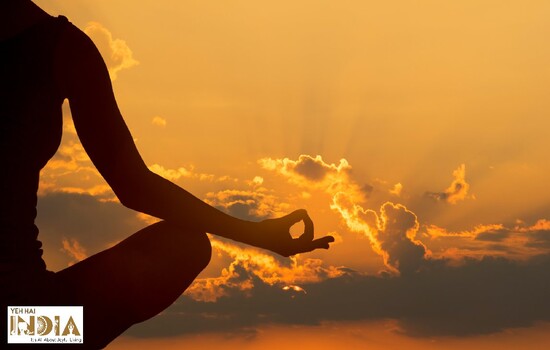 Meditation has been a part of various religious traditions followed using different techniques to attain the same goal – the stability of mind.

Meditation is the practice through which we focus our mind and train our attention and awareness to reach a clear and calm mental and emotional state of being.

The practice of meditation has proved over time to reduce stress, anxiety, tension, depression and pain. It contributes to the overall well-being of the human body.

In this article, we are going to be focussing on three different meditation types, namely, Hindu, Buddhist and Yoga Meditation techniques in detail.

Mantra is a Sanskrit word arising from the words “man” which means mind, and “tra” which means tool or instrument. A mantra basically means that it is a tool for the mind for attaining enlightenment.

Many religions have the practise of reciting certain specific words as mantras with the purpose of deepening the connection between oneself and the Great Divinity. Repeated recitation of mantras clears your mind and replaces your thoughts.

Usually in Hindu meditation, the mantras are taught by a spiritual guru and instructions are given by them on how to use them in meditation.

The modern day version of Hindu meditation has taken the form of positive affirmations.

Ramanand Maharishi, an enlightened Hindu saint taught the technique of Self-inquiry technique in meditation. Self-inquiry is asking “Who am I?” It is not an intellectual question.

What you are is beyond all definitions. When you focus on yourself, your attention moves past the intellectual knowing to that which cannot be defined. You begin to focus on what is here beyond your thoughts, beyond what you think you know.

It is often referred to as consciousness, the Self, Atmaa, the feeling of pure being, silence, your natural state, and the absence of me.

It is a mindfulness-based meditation technique that shifts our attention to our existence. It helps us move to a state of pure presence, free of thought or analysis and moving beyond the trap of your identity.

Buddhist meditation is practised through various techniques. Some of them are described here.

Vipassana means to see things as they really are and is a type of silent meditation that stems from Buddhism.

Vipassana is a practice that was handed from teacher to student since its inception and is one of the most regulated techniques of meditation because of that.

This technique is usually taught at retreats by trained gurus as a 10-day residential course. This preserves the traditions of teaching the technique and prevents it from being commercialised.

The courses are mostly donation-based and don’t require any kind of fee from the learners.

They also expect you to stick to their codes of discipline while learning the basis of the Vipassana method to ensure you benefit from it once you leave the program.

Zen meditation was another technique taught by Gautama Buddha which he called the “dhyan.” In China, they called it “chan” meditation and in Southeast Asia, it became Zen or the Zazen meditation.

This technique is very basic in its form. There are no mantras, words or any specific technique.

Zen technique requires you to sit in a lotus position, or in a chair with a straight spine with your left hand on top of right, both palms-up, thumbs touching, just in front of your navel and allow your breathing to settle down for your body to naturally become calm.

There is no focus point to concentrate on and when you notice your mind drifting towards other thoughts, you can allow them to come and go without any struggle.

Known as the Metta Bhavana in Pali, this technique makes use of kind, intentional words or images to calm the mind. This is to open ourselves to truer levels of love and help us connect better with ourselves and others.

It is based on the preaching of Buddha that insists on spreading love to all of humanity. The technique focuses on reciting phrases quietly by meaning them with all your heart.

The intention is to reinforce positive thinking.

In Sanskrit, yoga means “that which brings you to reality,” or “union with the divine.”

There are different branches of yoga like the Patanjali’s yoga sutras where there are 8 limbs of yoga. Dhyana, or meditation is the 7th limb of yoga. Let’s look at some of the meditation techniques that stem from the Vedic tradition of yoga.

Maharishi Mahesh Yogi founded the Transcendental meditation and the Vedic meditation techniques both of which are often confused with each other.

Transcendental meditation technique is very specific, regulated and is only taught by a teacher for 4 days.

There are articles published on this type of meditation that prove that the Transcendental meditation reduces cardiovascular diseases and improves PTSD.

The technique is based on the belief that the mind is naturally peaceful beneath the tumultuous surface. It is a mindfulness-based stress technique advised to be performed for 20 minutes, 2 times a day by focusing on a mantra.

Vedic meditation is another technique that is similar to Transcendental meditation which has been in practice in our country for over 5000 years to calm their mind and improve their concentration.

Vedic meditation is practiced by sitting comfortably with the back supported and head free. It has to be practised for 20 minutes, twice per day, once in the morning and once late in the afternoon or evening.

The mantra quietens the mind and body automatically to a state of complete contentedness.

Isha Kriya is the practice founded by Sadhguru. According to Sadhguru, a “kriya” is an internal action and “isha” is the source of creation.

Isha Kriya uses the yogic science to connect with the source of your existence.

Isha Kriya involves the three elements of meditation, the thoughts, breath, and awareness and takes only 12-18 minutes.

The word Chakra in Sanskrit means “wheel.” They represent a system of interconnected energy centres or transitioning points of power present at various points in the body.

The commonly known chakras are seven, though there are originally a total of 114 such points in the body. They are located at the junctions of nadis in the body. The nadi is a pathway of prana in the system where prana means energy.

This technique is done by visualizing a color at each chakra, breathing in while focusing that colour, or chanting a sound vibration to activate each of the centres.

“Kundalini” meaning “coiled” in Sanskrit refers to the type of meditation that can fully extend the limits of your awareness. Life energy lies at the base of your spine coiled like a snake, where its name comes from.

It includes a series of techniques including deep breathing, mudras (hand movements), mantras and physical movements.

This practice incites the dormant energy in the body and progresses along your chakras and is released at the seventh chakra located at the head. This release of energy aids in the internal balance, awakening, and enlightenment.

It is quite a potent technique and so it is generally advised to practise under proper guidance and with care.

Most commonly misinterpreted as a type of sexual practice, Tantric meditation actually is a technique that combines movement, breath, meditation and sound, to assist the chakras within us to open.

This allows the energy to flow freely through all the seven chakras in our body. This traditional practice of utilising the instincts that is naturally present within us to build the energies towards the upper parts of our system.

Everything in the world is made up of vibrations that vibrate at different frequencies.

The concept in tantric meditation technique is to manoeuvre your body and surroundings into highly conducive states for doing meditation and maintain high-frequency vibrations.

These types of Meditations are sure to bring postive healing energy in your life which will help you overcome all sorts of health problems that continue to ruin your health.

Adopt these meditation techniques to fully enjoy the beauty of life.

Also Read – Know everything about Prana – The Breath of Life 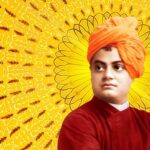 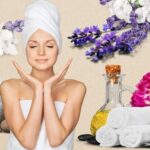