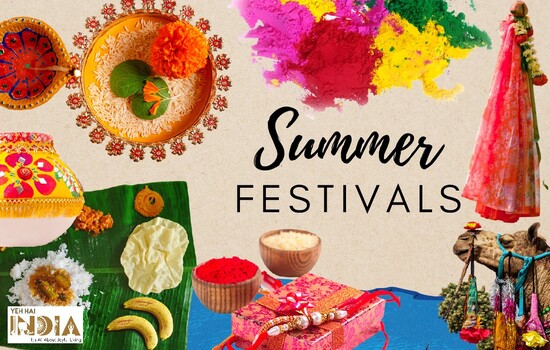 From devotional folk songs and dances, to adrenaline filled adventure sports, summer folk festivals in India can give you a once in a lifetime kind of experience!

When we think of Indian festivals, Diwali and Holi come to our mind immediately but there are many more intriguing and spectacular festivals observed in small towns and villages, better known as folk festivals.

India is an amalgamation of a variety of colors, cultures, and traditions and folk festivals in India are a reflection of this mosaic of diversity.

From the high hills of Ladakh to the deep forests of Nagaland, there are people with unique cultures everywhere.

The summer folk festivals are celebrated due to different beliefs and cultural traditions and consist of distinct rituals.

Here are the top 10 summer folk festivals in India which you must attend to experience the warmth of Indian culture prevailing in different regions.

10 Best Summer Folk Festivals In India You Must Attend:

Bohag Bihu is a famous summer festival celebrated in Assam which marks the beginning of the Assamese new year.

Two other types of Bihu are celebrated during other seasons but the summer Bihu or Bohag Bihu, sometimes also called Rangoli Bihu, is the most popular in the state.

The beginning of summer also marks an important agricultural event which is the sowing of crops. A week-long fast is observed and it ends with a huge spree of dance, music, and traditional delicacies.

The Pink City of India, Jaipur, is known for the gigantic celebration of Gangaur which is a significant festival in Rajasthan.

It is also observed in some parts of Madhya Pradesh, Gujarat, and Bengal. The 18-days-long celebration starts after Holi which is the festival of colours.

Married women decorate their homes and dress up in vibrant attires and worship the goddess Parvati to get her blessings.

They also observe fast for the auspicious eve. A grand procession of ornate elephants and camels is carried out.

The last day of the festival is marked by grand fireworks and a massive fair full of food stalls with folk music and dance performances.

The three-day festival signifies love, harmony, and bonding within the tribal community. Homes are decorated beautifully and big bone fires are organized in the evening around which people perform traditional folk dances.

To complete the celebration traditional delicates are served along with rice beer in the evening by the tribal women.

This exquisite festival dates back to 300 years and is celebrated every year at the Hemis Montessori in Ladakh.

The birth anniversary of Guru Padmasambhava falls on the 10th day of the Tibetan lunar month of Tse-chu, and to commemorate the auspicious day, the Hemis festival is celebrated by the Buddhists.

It is a two-day festival and the festivities are said to be an emblem of victory of good over bad. The Montessori is adorned wonderfully and people spruce up the vibes in colorful traditional attires to gather together in the courtyard for the celebrations.

The main attraction of the summer Hemis festival is the Cham which is a mask dance performed by the Lamas on the beats of the cymbals, drums, and horns. One can also get traditional handicrafts in the form of souvenirs from the festival.

The arrival of summer is celebrated with a blast during the Shimla summer festival, held annually at the Ridge maidan. The festival is also a means of thanking the deities for adequate harvest.

This festival started during the 1960s and is going on strong today with several tourists visiting the city during the summer season. A variety of fun events and games add the necessary fun and frolic.

The 121-year-old festival is organized by the Indian Ministry of Tourism and Culture and the Department of Tourism of the state of Tamil Nadu. The summer festival organized at the botanical garden lasts for 16 days with a magnificent exhibit of a variety of flowers.

The flowers are crafted by excellent floral artists which again goes to show the aesthetic talent in humans. Apart from the flower show, one can enjoy other fun events like the rose show, spice show, and boat race at the Ooty lake.

The dance festival is a must-visit for all classical dance lovers in the world. The Madhya Pradesh Kala Parishad organizes this festival once a year in the month of Feb-march.

All kinds of Indian traditional dance forms are performed during this festival at Vishwanath Temple and Chitragupta Temple, the famous Khajuraho temples.

The festival lasts for a week and extravagant Indian classical dance forms like Bharatnatyam, Kathak, and Kuchipudi are performed by eminent artists.

Chithirai is celebrated once a year in Madurai, Tamil Nadu, at the famous Meenakshi Amman temple. The festival is locally called Chithirai Thiruvizha and is very popular across South India.

An enormous fair is organized with processions of golden chariots that displace significant Hindu idols combined with religious songs with people dancing to the rhythm of the beats in ecstasy.

Several food stalls are set up where one can get the traditional and famous local street food delicacies. The temples are decorated with lively adornments and the celebrations are supported by folk dance and music performances.

The Sikkim summer festival is celebrated during the pleasant and beautiful Himalayan summers.

There are various activities to enjoy in the midst of the mountains including cultural shows, Sikkimese folk dance performances, local food fair, river rafting, handicraft fair, and more.

People from all across the globe are welcomed to join this 5-day festival. Flower bloom is at best during summer and one can witness tremendous natural beauty all around the stunning state of Sikkim.

There are a lot of activities for nature lovers too including trekking, bird watching, and mountain camping.

Mount Abu is the only hill station in Rajasthan and a fun 2-days long summer festival is organised by the department of tourism of the state in this little town.

People from all over the country come to witness cultural competitions and performances with a backdrop of mountains. Different forms of Rajasthani folk dance and music is performed including Ghoomar, Daph and, Gair.

While the boat and horse races and tug-of-war games will shoot up your adrenaline, puppet shows and CRPF band shows will fill you with amusement.

Summer folk festivals are a great way to enjoy yourself while also learning the diverse cultures and traditions of different tribes and subpopulations of our colourful country.

There are a wide range of locations to choose from while selecting a summer festival to visit. Most festivals will feature some form of folk dance and music combined with traditional food.

Some modern versions of the festivals provide modern forms of entertainment as well to cater to people from different backgrounds. But it’s always the grace of local culture, fairs, costumes and food that captures the heart of the visitors.

Whichever part of India you plan to travel to in summers, be ready to capture the colours and culture of that very region through its folk festivals.

Debasmita is pursuing her passion for writing and creating. A content writer and a medical biotechnologist with a knack for Indian health, wellness and organic beauty. Also an Indian art and culture enthusiast who brings you the most detailed articles after thorough research from reliable sources and creating unique informative content. She has been writing for many years now as writing is her true passion. 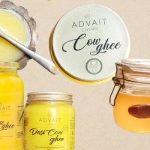 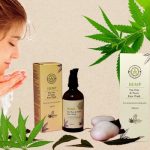