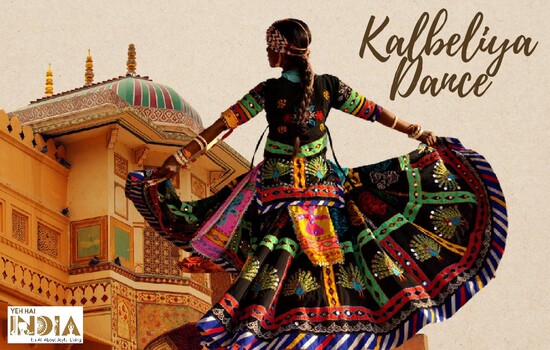 Kalbeliya Dance, the most energetic tribal dance form from Rajasthan truly reflects the colourful culture of the royal state.

Dance instills in a person the love for discipline, performance, and awareness of one’s own body. It can teach you to find joy in the simplest movements and it can be a parable, a record of history and of culture, a medium of expression that conveys love and happiness and despair.

Folk dances in particular are a reflection of the region they originate in, reflecting their lives, the ideals they hold dear, the centre of a community’s celebrations.

So, it should come as no surprise that in a country like India, dances are numerous, each one unique. In Pali and other districts of Rajasthan, it is Kalbeliya folk dance named after the Kalbeliya tribe.

The dance itself is performed by women with male members of the tribe playing music. It is usually used to celebrate and commemorate moments of joy within the tribe.

The Rajasthani Kalbeliyas are also known by many other names including sapera which literally translates to ‘snake charmer’. They were a nomadic tribe rearing many animals including snakes, goats, dogs and horses.

The word Kalbeliya itself is a combination of the words Kal meaning snake and Beliya meaning friend. Hence, the Kalbeliya tribe is known as a friend to snakes due to their traditional occupation of catching snakes and trading their venom.

The men of the tribe would go from home to home in order to sell snakes while the women perform in the villages centres.

They claim to be the descendants of Guru Kanipa, one of the Naths who reside in Kailash alongside Lord Shiva.

Kanipa and his descendants were entrusted with the care of all poisonous creatures in the world and the Kalbeliyas believe that it would be calamitous if they went against this God ordained profession.

Serpents were integral to the existence of the Kalbeliyas and were worshipped by them, especially Cobras which are revered and considered a symbol of the tribe.

They were summoned when snakes entered homes to retrieve them without causing harm, to the inhabitants of the house or to the snakes themselves.

Many of the members of the community acted as healers as well, travelling from village to village to cure venomous snake bites.

Their reverence for the reptilian creatures that help them earn livelihoods can be seen within the Rajasthani Kalbeliya dance as well, with its movements and costumes designed to invoke snake imagery.

Despite their respectful handling of the animals under their care, the Wildlife Act of 1972 prohibits them from carrying on their traditional profession.

Hence, many Kalbeliyas have turned to agriculture or animal husbandry to earn their livelihoods while some depend on the performances of the Kalbeliya folk dance.

The Kalbeliya dance, Rajasthan is an important cultural marker for the tribe and for the state. The various dances and songs are an inherent part of the identity of the tribe and are passed down from generation to generation as a crucial part of their cultural heritage.

It is reflective of their position in Rajasthani society as snake charmers and entertainers.

The Rajasthani Kalbeliya dress is an important part of the art form. They are traditional clothes worn by the tribal men and women in order to evoke the revered serpents.

The costumes are black lehengas with large flowing skirts embroidered with silver ribbons that can echo the movements of snakes when the dancers twirl and spin.

The torso is covered with an angrakhi and an odhani is delicately draped across the head. Every single item of clothing is elaborately embroidered to emulate a serpent’s scales in hues of crimson and black.

The traditional Rajasthani practice of embellishing clothes with small mirrors can also be seen here. Heavy silver jewellery is worn including intricately carved jhumkas, necklaces and maang tikkas. These dresses are sewn by the performers themselves.

These instruments provide rhythm to the dancers and it must be noted that the pungi and the been are traditionally used by snake charmers to capture snakes as well.

The performances are inspired by traditional Hindu folklore and mythology. The performances also tend to be impulsive with the singers coming up with new verses on the spot and the dancers improvising to match, a testament to their remarkable skill.

Since the Kalbeliya folk dance is a tradition that dates back to the ancient times, there is no written documentation of the songs played for the performers and they live and breathe and die with the tribe itself. Special dances are performed during festivals, especially during Holi.

The Kalbeliya is generally performed in concentric circles with a pair of women at the centre. During the dance, this pair merges smoothly within the circle and are replaced by two other women. They sway and dance sinuously and with grace.

The tempo increases as the performance nears its end and crescendoes and the movements of the dancers speed up to match. The dances are a way of dispensing cultural knowledge alongside entertainment.

As evidenced above, there is not a single aspect of this folk dance of Rajasthan that is untouched by the influence that serpents hold over their lives.

Although their traditional role in society is diminished now, the Kalbeliya dance remains a distinct symbol of their cultural identity. The dances are a celebration. They were often hired to perform for Kings and Emperors.

Despite the distance between various sections of the tribe and conflicts and differences in opinion, this dance unites them all.

The Kalbeliya dance is as much a part of their heritage as the circuitous paths they take through the arid deserts of Rajasthan which are passed down from generation to generation and deeply entrenched within the memory of the tribe.

The Kalbeliya dance is an integral part of Rajasthan’s intangible heritage and received official recognition for the same by UNESCO in 2010.

Padam Shri Gulabo Sapera is a celebrated Kalbeliya dancer and has received honours and recognition from all over the world for her incredible skill and grace.

The best occasion to come close to the glory and intensity of Kalbelia dance is Pushkar Fair, where you’ll find the most talented Kalbeliya dancers perform on stage.

It’s a grand scale event that attracts millions of tourists to the state for a taste of the local festivities, culture and traditions practiced by the tribal folks.

Like the state of Rajasthan itself, Kalbeliya dance is both regal and graceful, it pays respect to the elements that support life in the harsh deserts while celebrating that life with great joy.

Come and be a witness to the Kalbelia dance, a celebration of Rajasthani folk art. 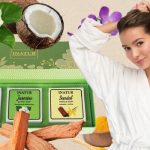 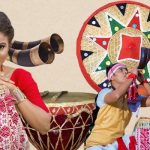