If you’re reading this then you most probably have seen The Avengers or The Titanic but may not have seen or even heard of American Honey or Backbeat.

The elementary reason being the grandeur of the former movies and well, the lack of information and popularity of the latter ones. And this shortage in the ready availability of certain movies on major platforms along with their absence from promotional social media space is the prime factor why large number of prodigious movies get snubbed by the general public.

So with this article let us explore some best under-rated bollywood movies that everyone should watch.

Recommended Story – POPULAR OLD INDIAN T.V. SHOWS THAT WERE AHEAD OF THEIR TIME

Based on the 1987 Opera house heist, this crime-drama is one of the few Bollywood flicks that received wide critical acclamation despite doing well at the box-office.

The movie shows how a small group of conmen carry out raids at several places by posing as CBI agents. But the final scene retells the story of the remarkable events of the above mentioned heist in which this same group of conmen/women with a lot more participants, execute a final income tax raid in the warehouse of the Operahouse branch of the Bhimji Zaveri jewellery shop.

The climax scene is so mind-boggling that it takes a while to be digested by the audience and leaves every first time watcher confused and amused. Not to mention, the one minute stellar acting sequence by Manoj Bajpayee in the end.

Set in the eighteenth century, the film in simple words, is a classic tale of revenge. Where a bounty hunter (played by Saif Ali Khan) is after the life of a Mughal Subedar who stole from the Maratha treasury. Though the narrative may seem repetitive or basic, the stupendous acting makes up for it. And lastly the tremendous direction of the focal point of the movie where the rightful revenge is exacted is likely to give anyone watching an immense sense of satisfaction.

Another Bollywood gem snubbed by the public and the awardees is this supernatural-psychological thriller which can very appropriately be termed as a mindfuck. Taapsee Pannu is a handicapped video game designer who happens to be suffering from PTSD and often has episodes of trauma and stress. The story takes a turn when her real life becomes a replica of the video game culture. Where with the help of some supernatural element she gets three lives to save herself from some crazy stalker who is out to kill her. The plot develops when with every life the differently-abled protagonist becomes a little more careful as to how to save herself and defeat the killer in order to restore normalcy in her already chaotic life.

Partially based on the short story “The Last Leaf” this romantic drama is settled around the time of Indian independence and is most likely to make you want to visit  the aesthetically pleasing West Bengal as soon as you’re done watching it. This tragic saga revolves around the life of a young rich aristocratic girl who falls in love with a conman who disappears on their wedding night with all the riches her family was planning on selling. Fast forwarding a year, the girl is on the verge of dying from a chronic sickness and is met with the same conman who has come to undo his wrongs and be with her in her last days.

Yes, this one actually has the term “movie” in its title! This coming of age movie reflects the journey of a quarter life-crisis stricken guy who wants to break free from his monotonous life including his dad’s business.

Leaving his home unbeknown to his family, he sets on a voyage through the highways of India where he encounters many people throughout, who are on their own journeys in life. And by the end of it, he finds his true self along with lifetime bonds with some of his travel companions. If not the feel-good sensation, then the movie is bound to give you wanderlust for sure.

A student of History(Hons) from Hansraj College,Delhi University. Sugandha loves writing on contemporary ideas specially in fields related to Heritage, modern-day dilemmas, nature and more. A Netflix enthusiast and lastly a hardcore GenZ. 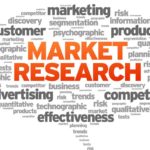 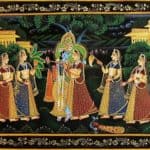