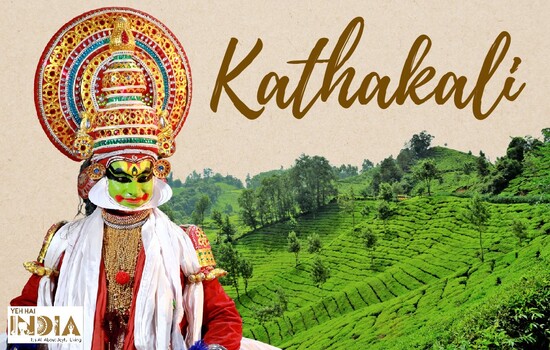 Kathakali is a splendid depiction of the enormous folk heritage of South India characterized in its elaborate and colourful dramatizations.

Kerala, known as God’s Own Country, is named rightly so with its rich and varied landscapes, rooted in culture and traditions as old as the land itself. Their art forms include music and dance of both classical and folk variety that are passed down through generations of artists who practice them like religion.

One such prominent dance form is the Kathakali. A renowned classical dance form in the southern part of our subcontinent, Kathakali includes play-acting, singing and dancing with performers dressed in extravagant costumes and colourful make-up.

The signature vividness of their dance attire is the trademark of this art form and is being followed through the centuries.

Kathakali, a classical dance form from Kerala is believed to have its origin and inspiration in the statues on the walls and pillars in the ancient Indian temples. Kathakali also has influences from Kalaripayattu, a martial art form native to Kerala.

There are also others who believe that Kathakali was derived from the folk dance forms “Krishnanattam” and “Ramanattam”. It also has elements from other folk arts like “Kutiyattam”, “Porattunatakam”, “Padayani”, “Teyyam” and “Mudiyettu”.

During the 16th and 17th centuries, Kathakali carved a place for itself among the traditional Indian classical dance forms as it came through numerous generations, well-preserved and revered as a true craft among the artisans.

The Sanskrit text based on dance forms written by the Hindu sage Bharata Muni called “Natya Shastra” which translates as ‘The Science of Dance’ is an ancient text that is still followed in formal academic institutions that aim to teach students everything about dance, music, theatre and visual arts in India.

The text written over 2000 years back has been made the standard for defining any classical dance form. Kathakali has many elements from this ancient text incorporated into its practice. The other text Kathakali dance is inspired on is the Hasthalakshana Deepika.

Wherever Kathakali has descended from, today it imposes an irreplaceable status in the classical dance forms in India. With its unique costumes and make-up, Kathakali tells a riveting story through a series of performances, acts and dramatizations.

Before getting into the technicalities of the dance form, you should know that Kathakali is not just a dance; it involves a narration through singing and emotions conveyed through over-the-top make-up and elaborate costumes.

A traditional Kathakali performance depicts themes of Hindu epics and mythologies, folklores, concepts from Puranas and the like. They call the collection of songs performed in Kathakali Attakatha meaning the story around the dance.

The stories are sung in Sanskritised Malayalam. In the early days, these stories were memorised and taught from teachers to students who became teachers and passed them on. The art form and the stories were kept within the selected community and guarded as treasured knowledge.

The story is described through a song-like narration by a singer from the background accompanied by percussion instruments for the rhythm and dramatization of the scenes during a performance. Chenda, Maddalam, Chengila, Itaykka and Elaththalam are commonly used musical instruments.

The dancer, who is also the actor in this art, focuses solely on the emotions of the story. The performers, traditionally male performers, execute expert footwork and graceful hand gestures with a lot of expressions moving through their painted faces to bring out the essence of the story without any words.

History and Evolution of Kathakali

Most traditional classical dances, especially in the South, developed in Hindu temples and were handed down from teacher to student. Kathakali, however, differed from tradition and was developed in the courts of ancient Kingdoms and theatres of that period.

An art form that can be traced back as far as the 1st millennium faced the verge of extinction at the beginning of the last century. This brought about the induction of the great Kerala Kala Mandapam which is still working tirelessly to keep this dance form revived.

The dance form was also typically performed only by males in those days. The dancers undergo rigorous physical training that includes various massages and exercises for the face and body aimed at making their bodies flexible and increasing physical endurance.

These days women are also included in their performances and the genre of the stories enacted has branched from Hindu myths and stories to plays by Shakespeare, Christian legends and myths, etc.

The one thing that has not changed is the language through which the story is narrated. Even after all these centuries, it is continued to be conveyed in Sansritised Malayalam.

The highlight of any Kathakali performance apart from the bleeding emotions is the makeup. It is vibrant, flamboyant and so exaggerated, it complements the plain background lit with a lamp perfectly.

The makeup for Kathakali is an elaborate process involving many steps and usually takes about 3-5 hours to do for one person. The performers are made up based on the personalities of their characters – the Sattva, Rajas or the Tamas.

The names literally mean Goodness, Egoistic/ Passionate and Darkness respectively. They categorise the characters as Gods and Goddesses, Saints, Animals and Demons, etc.

Let us have a look at the different processes of Kathakali Makeup.

The makeups also differ based on their characters as we mentioned before:

Paccha makeup is for the heroes and gods. They have black demarcations around their eyes and eyebrows. The lips and the surrounding areas are painted red. On their forehead, they paint the sign of the god Vishnu. They also wear a crown on their heads called the kirita.

Katthi makeup is for the roles of villains or characters that have evil in them. They are done up the same way as Paccha with the additional red paints that are designed in the shape of a moustache on their cheeks. They also have a white knob on their nose and forehead to denote their dark characters.

Thaadi meaning beard is another distinction used in the Kathakali makeup.

Kari is the full-black costume and makeup and they are used for characters depicting demons and other evil beings from paathal lok or hell.

Next is the Minukku which is used for female characters, saints, Brahmins, etc. this makeup is not very elaborate and is done up with the chutti. The face paint is more orange or yellow in tone than red.

The Costumes of Kathakali

Other than the Minukku characters, nearly every other Kathakali performer is draped in a skirt that is 55 yards long over 20 or 30 short clothes that are arranged in such a way to give the skirt a puffed up and oval shape.

The skirt looks too complicated and heavy but provides ample space for the dancers to move without hindrance during the performance. It is starched to make it stiff and the pleats to look prominent.

On top, the dancers wear a close necked woollen jacket or blouse depending on their characters.

The elaborate costumes and makeup may catch your eye but it is the emotions and acting of the dance that keeps your attention throughout a performance.

All 9 Navarasas are the foci of the performance while the mudras are for the enunciation of these 9 expressions.

Any Kathakali act begins with a kelikottu – the attention call to the audience. Following that, a todayam or the devotional set is performed. Then a dance piece called the purappadu is performed accompanied by drums and cymbals for the melappada.

For the actual play to begin, the first introduction involves all important characters excluding the Minukku performers. This is called Tiranokku or the introduction.

Kalasam is the part of the dance that involves the display of the dancer’s techniques and skills with a lot of jumps, turns and leaps.

Listed here in detail are all the various steps and components of a Kathakali dance performance:

Any Kathakali dancer trains for a minimum of 5 years before taking up the stage professionally. The exacting regimen of the dance form takes a lot of endurance from the artists that require years of training before they are considered seasoned performers.

Different songs, music and instruments are utilised to depict different scenes and stages of a play.

Kathakali is the classical dance form of Kerala with origins that can be traced back to the 1st millennium. Unlike the other classical forms, Kathakali developed in the courts and theatres of ancient Kerala instead of Hindu temples and formal dance schools.

This dance form is famed for its exaggerated costumes, makeup and emotions that are conveyed through bold facial expressions. The dancers do not sing or mouth the songs while a voice artist sings of popular Hindu myths and legends in Sansritised Malayalam.

Traditionally performed by males, Kathakali today has evolved to include female performers as well as stories from the Christian legends and popular western plays.

To know more about the dance form, the time-consuming makeup and costumes, etc. read the article in detail.

Watch this profusion of art, history and culture to get to know about the colourful South Indian traditions. 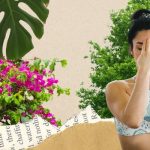 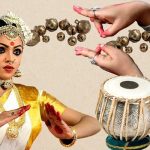