Bihu, a tri-annual festival celebrated in the state of Assam is the best occasion to sample the cultural landscape of the tea capital.

Assam, one of the eight northeastern states of India, is rich in lands, cultures and traditions. The lands of Assam are fertile and invigorated by the mighty Brahmaputra River that flows through the state.

Bihu festival comprising three celebrations that take place on different seasons of the year, enjoys recognition as the national festival of the state and is celebrated with great zeal and vibrancy to bring out the true nature of Assamese culture.

For the locals this festival denotes great cultural significance and is hailed as a symbol of the state’s richly preserved traditions. This festival is observed thrice a year, each of which are known by different names to mark the time they fall on in the calender – Bohag Bihu, Kati Bihu and Magh Bihu.

Bohag Bihu or Rongali falls in the month of April and the Kati Bihu or Kongali is observed in October while the Magh Bihu or Bhogali is celebrated in the month of January every year.

Rongali Bihu is observed as the Assamese New Year and is similar to other such Hindu and Buddhist festivals celebrated in other parts of the country.

Meanwhile, the other two Bihu festivals and Bihu dance festivals are unique to Assam and are related to the celebration of the turn of seasons and the agricultural prosperity of the natives.

Origin And History Of Bihu

The term Bihu comes from the word Vishu or Bishu meaning ‘seeking prosperity.’ Bihu is a rare festival celebrated three times a year unlike any other festival in any region or religion.

This flamboyant and joyous celebration began long before even the Aryans came into the Indian soil. There are records of this festival being celebrated since 3500 BC. Aboriginal in origin, it is a common belief that the tribe of Dimasa Kacharis began the tradition of Bihu.

The current-day version of Bihu is the result of the amalgamation of elements from Tibeto-Burman and Thai cultures along with the original Assamese Bihu. The ancient form of Bihu is still observed by the Sadiyal Kacharis, descendants from the Sadiya Kingdom.

Apart from these people, the other native group collectively called the Bodo-Kacharis also have been keeping up the original traditions of the Bihu festival. They refer to this festival with different names such as Baisagu, Bushu, Bushu Dima, Pisu or Dumsi.

More than a religious practice, Bihu is a communal festival that brings together people from all social classes without discrimination.

Some learned scholars believe that the name Bihu originated from Bisuvan, a Sanskrit word. In ancient times, Bisuvan was the tradition of offering sacrifices to the fire in the form of burning old things from collected from different households. This practice was believed to bless them with a prosperous harvest the following year.

Another legend in relation to Bihu is the mention of the Bisuva festival in the religious text of Vishnu Puranam which was celebrated after winter season, right before the onset of spring. So, this ancient festival is regarded as a variant of the actual Bisuva festival.

The beginning of the Assamese calendar marks the start of the Bohag festival that is celebrated in seven phases, named as ‘Chot’, ‘Kutum’, ‘Mela’ ‘Raati’, ‘Goru’, ‘Manuh’ and ‘Chera’.

The Seven Days of Bihu:

The first day of Bihu is a celebration reserved only for the local women who gather in an open field under an ancient tree where the men participate only to play the pepa (a buffalo hornpipe) or the bholuka baanhor toka (a bamboo instrument). It lasts till Uruka, the night of the feasts.

Chot Bihu begins on the second day of the Sot Mah and is known as Bali Husori. This day is for the youth of the community to celebrate with songs and dances organised outdoors, in the fields.

This is celebrated to honour the cattle that have played an important part in the harvest. The villagers bring the cattle to a water source where they are bathed with a paste made from turmeric and black gram, dighloti, makhioti, bottle gourd, brinjal and water.

They are decorated with Tangolti leaves garlands and are fed with rice and jaggery called the Bor Pitha. There are games and fun activities like food fights after which the cattle are paraded through the village. In the evening, people burn rice bran cakes to mark the end of the day.

This day is for offering prayers to gods by singing traditional songs to seek blessings for prosperity in the fields and health.

The term Manuh refers to ancestors or ancestral spirits. Manuh Bihu falls on the first day of the Bohag month when people worship their ancestors or elders in the family and seek their blessings. They present the elders with an intricately woven cloth called the Gamusa.

Kutum Bihu is on the second day of the Bohag month celebrated by the families and friends getting together and sharing their meals.

Mela Bihu is the last day culminating with fairs, cultural events and competitions. In the olden days, this day included everyone from the King to the common folks instituting a communal atmosphere among all social classes.

In some parts, people also dedicate one of the festival days to celebrate their loved ones. Senehi Bihu is for the celebration of love and reproduction when young people exchange Bihuwan with their beloved.

The most interesting part of Bihu is the colourful traditional costumes people dress up with to mark this special occasion. Ladies wear traditional two-piece dresses, the pat or muga silk or cotton mekhela chadors. The attires are usually adorned in vibrant colours like red, yellow, green, pink, and orange.

Children and elders are presented with new clothes as a token of love and affection. The gifting of the handcrafted Assamese towel to elders of the family is a custom followed during this festival.

The Gamusas, Gamochas or Bihuwaan are hand woven out of cotton and usually decorated with designs made in vivid red colour. They are also made out of pat or muga silks sometimes.

On Bihu, people from Assam cook both vegetarian and non-vegetarian dishes. Bihu Festival recipes usually include duck meat cooked with white gourds or dishes made out of fish, chicken, mutton, or pork meat.

A sour curry called Masor Tenga made from fish, tomatoes and lemon is one traditional dish commonly cooked in all homes along with another dish called the Thekera Tenga.

Kati Bihu gets its name from the month of Kartik in the Hindu calendar which usually falls in the mid of October. At this time of the year the plantations are still growing and the farmers offer prayers for the protection of crops and a bountiful harvest.

Kati Bihu is also referred to as Kongali Bihu. In the local dialect, Kongali means poor as the storehouses are empty without grains at this time of the year.

Kongali is observed by lighting lamps or saakis (candles) in front of the Tulsi plant in the farmers’ homes. The Tulsi plant is considered holy among Hindus and used in various home remedies because of its medicinal properties. Completely different from the pompous, colourful celebrations of Rongali Bihu, this festival is very low-key in nature.

In the paddy fields, the farmers light another kind of lamp known as the ‘Akash Bati’ that is placed on top of a bamboo shoot that symbolically represents showing their ancestors the path to heaven.

The other reason for lighting of lamps during this season is that the flames attract flies and insects and burn them, thus protecting the plants from destruction from pests.

Marking the end of the harvest season in January, the Bhogali Bihu coincides with Makar Sankranti and Pongal festivals celebrated in other states of India. After the Bohag Bihu, this is the next biggest festival in Assam celebrating the granaries full of grains and cereals, post-harvest.

On the day of Bhogali, people throw away old things in bonfires to make place for the new. Lord Indra is worshipped for sufficient rainfall in the coming seasons for a more prosperous harvest.

There is another tradition followed during Bhogali which involves young men building small huts using Mejis, clay and straw. They have belaghar outside the huts where the families stay all night and guard the Mejis.

In the morning, these Mejis are burnt and scattered around the fields and are believed to increase the bounty from the next harvest.

Bihu is a rare festival celebrated three times a year unlike any other festival in any region or religion. The term Bihu comes from the word Vishu or Bishu meaning ‘seeking prosperity.’

Bohag Bihu, Kati Bihu and Magh Bihu are the three important occasions that are celebrated in the months of April, October and January respectively.

Bohag is the most vibrant of the three and is observed to begin the Assamese New Year, while the Kati Bihu is observed to pray for a bountiful harvest and the Magh Bihu is to celebrate once the harvest is completed.

Bohag is celebrated with fairs, games, songs and dances through the 3-7 day period the festival is carried on spreading joy and a sense of community among people irrespective of class and creed.

Unlike Bohag, the Kati Bihu is much more sombre in nature as it is followed to worship the gods to seek blessings in hope of a healthy harvest. Magh Bihu marks the end of the harvest and is held as a sign of gratefulness for the prosperity and also to pray for more rains in the upcoming seasons.

Witness the splendor and cultural wealth showcased in Bihu festival and embark on a journey into the heritage of Assam. 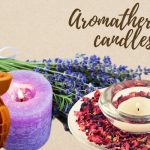