In India, the concept of arranged marriage is fairly common. Over the years the Indian society developed the mind-set that arranged marriages are appropriate and in fact, the right thing to do.

But what about the young Indian generation of today? What do they think? The truth is, that they are surprisingly open to the idea of arranged marriage and are not opposed to it as much as one would expect.

Marriages in The Past

Marriages for the parents and grandparents of the present youngsters was a different ballgame altogether. All marriages by default were arranged by the elders of the family and love marriages in India were rare. They were not only rare but unacceptable by society. The youngsters today will be surprised or rather shocked to know that their great grandparents would have seen each other only after they were married, their parents might have barely seen each other and would have barely spoken a word before they got married. To add on to the difficulty, religion and caste played a major role in the selection of the prospective bride or groom. Inter-caste marriages were considered to be a shame for the parents. So has India got away with all this? The answer is a clear “NO”. It is only in the cities and educated classes that things are changing rapidly.

About 50% of the world marriages are arranged and India still has one of the highest percentages of arranged marriage. This proves that this concept is still highly prevalent in South Asian culture. The conventional way of proceeding with an arranged marriage in India is to look up for potential brides and grooms in the matrimonial section of newspapers or with references from relatives and friends. A study conducted years ago showed that 90% of Indian marriages are arranged. While that may not be completely true today, many ‘arranged marriages’ are still prevalent today but in a different form.

Is The Youth Against Arranged Marriages? The Answer Is No

Sites like Shaadi.com, Jeevansathi (meaning, ‘wedding ‘and ‘life partner’ respectively) and many more are the goto places to search for prospective brides & grooms. It is safe to say that this ‘matrimonial site’ ritual has considerably taken over from the newspaper ads and a large part of arranged marriages are happening through these sites. The youth themselves also find these sites to be helpful if they are looking for a prospective spouse themselves. But mostly what happens now, and what most millennials are accepting of is that they meet someone through their parents and decide of themselves whether they wish to carry forward the relationship or not.

Previously, the parents would introduce their children and they would decide if it’s a right fit. Within 6 months the couple would be married off. But now, the decision is taken by the couple themselves. The time frame has also increased. It is now okay for the two people involved to take their time to get to know each other and then collectively decide if they want to part ways or take it forward. This process could take up to two years and parents are not opposed to that.

If you think about it, even if two people were to reject the concept of arranged marriages- apps like OkCupid, The Right Stuff and even Tinder are promoting online dating and a type of arranged marriage wherein you meet someone over the internet, get to know them better and then if everything goes well, choose to get married. While data from surveys on arranged marriage may show that the practice is outdated or forced, what is construed as ‘arranged marriage’ has changed over time. For urban Indian youth, it is not a forced situation in which they have to accept whoever they are introduced to, rather it is an opportunity to meet someone their parents think are reliable and a compatible match.  Whether arranged occur through family networks or internet platforms, meeting someone with similar values could lead to long-term stability.

Most communities in India believe that a person’s life is not complete until they get married. It is considered a necessary stepping stone in life and cannot be avoided. But as the times have changed, people are getting married later in life, after they have independently established themselves.

Another thing that promotes the idea of arranged marriage and normalises it in the heads of the youth is the example our parents set for us. MOST of our parents ended up marrying each other through arranged marriages and are doing just fine even 25 years down the line. Also, holding off marriage for too long can be problematic in terms of emotional and financial stability thus the youth is not opposed to the idea if they have been unsuccessful in finding the right person for themselves. Thus the younger generation is getting married later in life and finding a life partner through online dating apps (self-arranged marriages) is becoming a common feat.

Whether arranged marriage has changed or not, one thing is clear: the mind-set towards marriage in Indian society has not changed. While many around the world view it as a formal step towards declaring a couple’s love, Indian millennials continue to view it as a social, and often, business contract. Sometimes this business contract could turn into a lovely and emotionally fulfilling relationship- that is on the couple to make the extra effort.

Indian youth is not of the opinion that everyone should have arranged marriages, but they are at least open to letting their parents setting them up on dates. Why trust the intelligence of a matrimonial site or hope for the Mr/Ms. Right when you can turn to people who truly know and love you, right?

The trend of live in relationships has already arrived in India. Many couples who think it too problematic to tie the knot prefer to just stay together without any legal obligations. This practice is common abroad but was unacceptable in India for a very long time. Slowly, the society has begun to accept such couples who do not wish to label their relationship so soon but choose to live together first and see how it goes. Some even choose to live together all their life without getting married.

With the growth of education, disposable income, and women’s liberalisation, the youth of the country have gone beyond love marriages and are now taking to live-in relationships and cohabitation without the stigma that these relationships brought a few years ago.Delhi, Mumbai, and Bangalore are the cities where live in relationships have witnessed a boom over the years.

We can conclude that the Indian youth has become very open-minded over the years and their parents are now supporting them in whatever makes them happy be it an arranged marriage or love marriage.

Hi, I am a student and I want to use this article for one of my assignments. However, I am required to cite it. May I please know who wrote this article so that I can do so.
Thank You 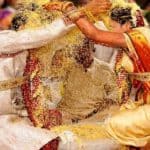 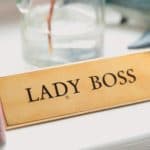