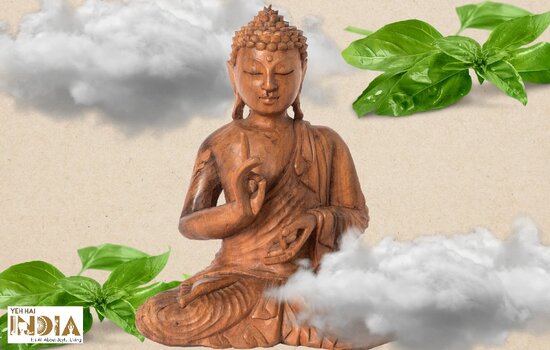 From the time Gautama Buddha attained Enlightenment to the time he became a renowned spiritual guru, his teachings on life’s sufferings and material possessions have inspired many into leading contented lives.

Gautama Buddha was born as Siddhartha Gautama to the King of Lumbini in Nepal. His lifetime is estimated to be between 563 BC and 483 BC although it is not very certain.

Legends claim that Buddha sat under a Bodhi tree and vowed to stay there until he found the truth of life. After 49 days of intense meditation, he achieved “Enlightenment” and became the Buddha, meaning “The Awakened One” or “The Enlightened One”.

His discoveries came to be known as “The Four Noble Truths” and his preachings became the way of life for those who came to live as Buddhists after him.

Here are 40 quotes on wisdom, mind and thoughts from the great Buddha himself:

“Should you find a wise critic to point out your faults, follow him as you would a guide to hidden treasure.”

In a world of competition, from our careers to the way we live our lives, constructive criticism or genuine guidance is rare to find. When we find someone willing to share their wisdom for our betterment, it is best to take their word.

“Should a seeker not find a companion who is better or equal, let them resolutely pursue a solitary course.”

“If a man going down into a river, swollen and swiftly flowing, is carried away by the current — how can he help others across?”

“As an elephant in the battlefield withstands arrows shot from bows all around, even so, shall I endure abuse.”

“The one in whom no longer exist the craving and thirst that perpetuate becoming; how could you track that Awakened one, trackless, and of limitless range.”

There is no fear for one whose mind is not filled with desires.”

One who does not need anything from the physical world will not fear the failure of not acquiring it or the fear of losing it. Likewise, a wise one will not be moved by praises and blames as they will know their self well and not doubt it.

“All experiences are preceded by mind, having mind as their master, created by mind.”

“He who can curb his wrath as soon as it arises, as a timely antidote will check snake’s venom that so quickly spreads — such a monk gives up the here and the beyond, just as a serpent sheds its worn-out skin.”

When you give up anger, it stops the spreading of any negativity inside you – like stopping the spread of a snake’s venom. A wise person will shed the anger and hate like a snake sheds its skin.

“Just as a solid rock is not shaken by the storm, even so, the wise are not affected by praise or blame.”

“All conditioned things are impermanent—when one sees this with wisdom, one turns away from suffering.”

All of us are conditioned in a certain manner towards life; that we should behave a certain way, live a certain life, achieve certain things. Once we realise that none of them are as perpetual as we believed them to be, we’ll be released from most of the sufferings in life.

“Know from the rivers in clefts and in crevices: those in small channels flow noisily, the great flow silent. Whatever’s not full makes noise. Whatever is full is quiet.”

When a mind is calm and filled with wisdom, there is no need in there to disturb the tranquillity. Whereas the emptiness will cause one to seek out anything to fill the space.

“Our life is shaped by our mind; we become what we think. Suffering follows an evil thought as the wheels of a cart follow the oxen that draw it. Joy follows a pure thought like a shadow that never leaves.”

Good people keep on walking whatever happens. They do not speak vain words and are the same in good fortune and bad. If one desires neither children nor wealth nor power nor success by unfair means, know such a one to be good, wise, and virtuous.”

“Not by rituals and resolutions, nor by much learning, nor by celibacy, nor even by meditation can you find the supreme, immortal joy of nirvana until you extinguish your self-will.”

“Ardently, do today what must be done. Who knows? Tomorrow, death comes.”

“Like someone pointing to treasure is the wise person who sees your faults and points them out. Associate with such a sage.”

All wrong-doing arises because of mind. If the mind is transformed can wrong-doing remain?”

“He is able who thinks he is able.”

“It is a man’s own mind, not his enemy or foe that lures him to evil ways.”

“Being deeply learned and skilled, being well trained and using well-spoken words, this is good luck.”

Good luck is not fated; it is attained from being skilled, disciplined and trained enough to reach for the goal. The knowledge gained and stored becomes good luck.

“Thousands of candles can be lit from a single candle, and the life of the candle will not be shortened.”

“If with a pure mind a person speaks or acts, happiness follows them like a never-departing shadow.”

“Be vigilant; guard your mind against negative thoughts.”

“On a long journey of human life, faith is the best of companions; it is the best refreshment on the journey, and it is the greatest property. We are shaped by our thoughts; we become what we think. When the mind is pure, joy follows like a shadow that never leaves.”

“Suppose an enemy has hurt you in his own domain, why should you annoy yourself and hurt your mind in your own domain!”

“Your worst enemy cannot harm you as much as your own thoughts, unguarded. But once mastered, no one can help you as much.”

“Meditation brings wisdom; lack of meditation leaves ignorance. Know well what leads you forward and what holds you back, and choose the path that leads to wisdom.”

“Whatever precious jewel there is in the heavenly worlds, there is nothing comparable to one who is Awakened.”

“Each morning we are born again. What we do today is what matters most.”

“Believe nothing, no matter where you read it, or who said it, no matter if I have said it unless it agrees with your own reason and your own common sense.

“The secret of health for both mind and body is not to mourn for the past, worry about the future, or anticipate troubles, but to live in the present moment wisely and earnestly.”

“To be idle is a short road to death and to be diligent is a way of life; foolish people are idle, wise people are diligent.”

“The ignorant man is an ox. He grows in size, not in wisdom.”

There is nothing worse than ignorance. Wisdom leads the path to bliss. Diligence, awareness, perceptiveness and good sense should decide our thoughts and actions.

Believing without thinking and proper reasoning is not wisdom. Each day is a new beginning to use our mind the right way to build another step to reach the goal of a content, peaceful and happy life.

Hope these golden words by the master of spirituality himself ignite in you a curiosity for knowledge and meaningful living. 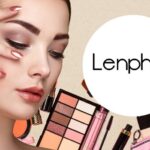