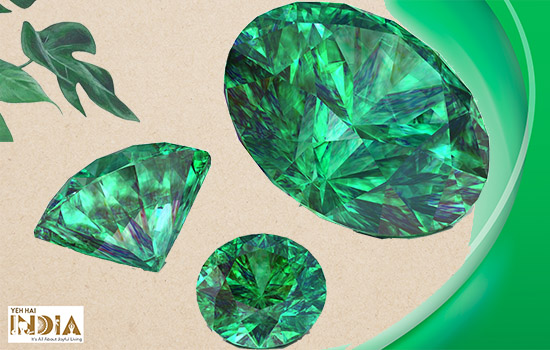 Once thought of as a discloser of truths and destroyer of evils, emerald continues to be a prized gem that helps heal sicknesses and bring good fortune.

Emerald, the birthstone of May, is also the traditional stone for the astrological Cancer sign. The colourful bloom and lush green leaves on trees in the month of May makes emerald the perfect match for May-borns.

Since its discovery approximately 4,000 years ago, there have been a ton of historical references, beliefs and legends surrounding emeralds over the centuries.

Emeralds represent prosperity in nature, birth and fertility so much so that Ireland is called the ‘Emerald Isle’ just for its luscious green lands (even though there are no emerald mines found in the country).

They have remained the symbols of power and wealth for many centuries now, beginning from the ancient Egyptian civilisations.

History of Name and Origin

The value of emeralds, like other precious coloured gemstones in the world, is based on their cut, clarity, colour and weight. An emerald is considered valuable when it possesses a pure verdant green colour and a great amount of transparency.

Also, the uniqueness of emeralds is that they are always found in green colour, unlike other precious stones. The green may vary in shades ranging from yellowish green to a deep jade.

Kings and Queens of the world have adorned emeralds; notable among them is Egyptian Queen Cleopatra’s royal jewels in which she preferred emeralds more than any other gems.

It is believed that she favoured them as they brought out the colour of her eyes and enhanced her much-proclaimed beauty.

There have been various other legends and lore surrounding the emeralds ever since their discovery in the cavernous mines of Mount Smaragdus in ancient Egypt in the 1500s BC.

These invaluable mines were exploited by the Roman empires, Byzantine empires and later by the Islamic invaders.

Today only ruins remain in the place where the highly desired and valuable emerald stones were once mined for the royalties of the world.

Later, towards the 14th century AD, more emerald mines were discovered in many countries including India, Columbia, Zambia and Austria. Columbia reigns as the world’s leading producer of emeralds currently closely followed by Zambia.

Emeralds play a very important role in alchemical lore. Traditional alchemists believe that emeralds could counteract venoms. It is also said that a poisonous animal will become blinded by looking at an emerald.

Emeralds were believed to possess more healing properties. They were used to treat infections, sight problems, and skin conditions such as leprosy and also helped improve one’s memory.

Emeralds were kept on people’s (especially jewellers’) work desks so that they can relieve the stress on their eyes in between work.

Emeralds also were said to bequeath one with wisdom and sight into the future. People also held the belief that emeralds when worn during coitus would shatter into pieces.

Traditions and religions all around the globe have always associated the precious coloured gemstones with the Gods of their faiths. Similarly, emeralds have been used as offerings to gods in both western and Asian traditions.

In India, some famous Hindu temples have God Shiva’s symbol, the Linga made in emeralds. People also have small emerald lingas at home to offer pujas as the emerald lingas especially are considered holy.

The emeralds are also offered to Lord Krishna as the richest of offerings and are believed to invoke blessings and good fortune.

The ancient Hindu Veda texts mention gems used in ceremonies, rituals and also in everyday life. The ancient Hindus believed in the powers and energies of these stones to connect with the universe. Haiti Smriti, another ancient text mentions the gems as:

“Coral in worship will subdue all the three worlds, he who worships Krishna with rubies will be reborn as a powerful emperor; if with a small ruby, he will be born a king, offering emeralds will produce Gyana or Knowledge of the Soul and the Eternal.”

Emeralds also hold an important position in western religions as well. The Romans associated emeralds with the Goddess of Love and Beauty, Venus, and the stone represented faithfulness, love, fertility and birth.

The ancient Egyptians symbolised emeralds with eternal youth and spring. They believed the green stone to be a gift from their god Thoth. Egyptians buried their dead with emeralds at the throats of the mummies to ensure their protection and youth in the afterlife.

The Jews believe that emerald was one of the four precious stones gifted to King Solomon by God that gave him the power of creation.

Anyone wearing an emerald was believed to possess heightened wisdom. People also thought that an emerald stone placed on tongues would help them see into the future.

Emerald is also known as the revealer of truths and when one wears the stone, they will know when someone is lying to them. The stone is also said to reveal when their partner is being unfaithful to them.

Another myth about these stones was that they could protect the wearer from curses. They were also said to protect one against demonic possessions.

Some Notable Emeralds through History

Emerald is the birthstone for those born in May. The stone represents many positive things in life such as love, hope, wisdom, loyalty, fertility and prosperity. The green stones were first mined in the ancient Egyptian civilisation approximately 4000 years ago.

They were invaded and destroyed by many other empires in pursuit of wealth and power. Since then, many other countries have discovered treasures in the form of emerald mines including India, Columbia, Zambia, Canada, etc.

Over the centuries, emeralds have been believed to possess mystical and healing powers. From alchemists to ordinary people, civilisations have included emeralds in ceremonies, rituals and everyday life for their assumed properties.

Rarer than diamonds, emeralds are more precious and are preferred by royalty to adorn, to showcase their power and wealth to others.

Also Read – Myths And Legends Relating To The Blue Sapphire 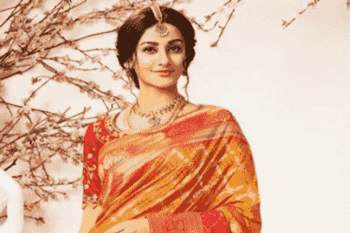 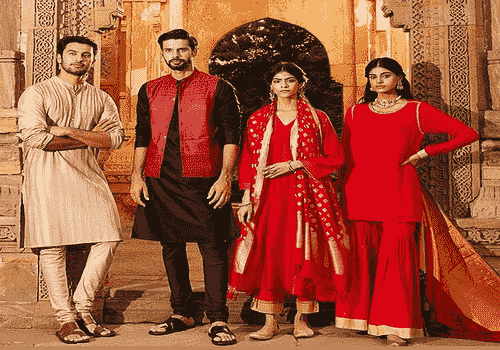 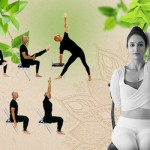 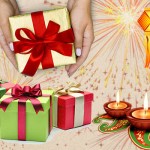