India is one such country where art and culture is a big part of people’s lives and music by far tops the list. Whether it is a reality show or a concert, the crowd and viewers give a clear indication that India is a land of music.

People in India have been worshipping Goddess Saraswati, who is known for knowledge and wisdom of music since times immemorial. Since the Vedic age till today, classical music has always sustained and played a pivotal part in molding the journey of Indian music.

Sitar is one of the most popular India classical music instruments.

Sitar has a long neck with twenty metal frets and seven cords. These frets are adjoined with thirteen strings which are tuned to the notes of raga. A round shape or a gourd which acts as a sound board is grounded at the lower end of the neck of the sitar.

Flute is an instrument which provides exuberance in the mind and soul. Flute is structured into cylindrical tube of uniform bore. To produce sound, one must hold the holes with fingers of left and right variations. Similarly, variations of pitch are generated by the length of air column.

Pt Pannalal Ghosh and Pt Hari Prashad Chaurasia are considered as the best curator of flute playing in India.

Shehnai is a traditional Indian musical instrument where one can hear the melodious music in occasions like marriages and temple processions.

Shehnai is a double reed instrument with a tapering bore which progressively increases towards the lower side. The Shehnai has finger-holes to produce micro-tones.

Ustad Bismillah Khan is the unrivalled maestro of the Shehnai.

The most popular musical instrument used in North India is the Tabla.

The Tabla consists of a pair of drums – one is the Tabla and the other is the Bayan. The Tabla is made of wood and its upper portion is made of stretched animal skin. The tuning of Tabla can be adjusted by striking the rim of the Tabla with a small hammer.

The Bayan is the bass drum and is made of metal where the upper portion is a stretched skin. Both drums have a black spot in the center made of manganese or iron dust. Tabla is mainly occupied by harmonium which is also a well-known Indian classical instrument.

Zakir Husain is the renowned personae associated with Tabla.

The harmonium is a traditional and popular musical instrument of India.

The harmonium has a keyboard of over two and one-half octaves and works on a system of bellows. The keyboard is played with the right hand while the left hand is used to operate the bellows. Harmonium is more popular in North India than in the South.

Jaltarangam consists of a set of eighteen porcelain cups of varying sizes. The cups are arranged before the performer, in order of size. The largest cup is kept on the left side of the performer and the smaller one is placed on the right-hand side. Water is poured into these cups and the pitch is changed by adjusting the amount of water in the cup. The cups are struck with two thin bamboo sticks.

It is an instrument that is dying in the new India.

Used mainly in the music that originates from Sindh, Rajasthan, Punjab and Baloch, Algoze remains popular in folk music. However, we see less and less of it in mainstream music. It is a flute like instrument with two wooden pipes, attached through a string. The number of holes on each pipe vary. One flute is used for melody, while the other plays drone. It is played by keeping three fingers on each side of the reed and blowing air into it. Recently, it has gained much love in UK to cater to the Punjabi population residing there.

That is one interesting name, isn’t it?

It is an instrument that finds its roots in Rajasthan. If legend is to be believed, then this instrument was first founded, built and used by the Hela community during the prehistoric times of King Ravan. It features a bowl like structure made from the hollow of a coconut which is covered by goatskin. A stick made out of bamboo is attached to this bowl. There are two strings- one of which is made from steel and the other is made from horse hair. Small bells are other pieces of jewellery are often fixed along the bamboo stick. Some say that this instrument was brought to North India by Lord Hanuman, after the battle at Lanka was over. It has a great part to play in mythological history.

It is a primary accompaniment of Carnatic music.

Mridangam finds place in ancient temples, music, hymns, and paintings, especially in South India. It is a double-sided drum made from jackfruit wood which is known to be very thick. The two open ends are covered with goat skin and leather straps are tied around the circumference to tighten them. According to Hindu mythology, Lord Ganesha and Nandi are said to have played this to accompany Lord Shiva’s Tandava. The word Mridangam is derived from two different words, Mrida- meaning earth, and Anga-meaning limb/part, and in earlier days the instrument was made out of these materials.

This instrument forms an important part of Hindustani music.

It is believed that Sarangi is made up of two words- Sar, meaning “essence”, and Ang, meaning “limb/part”. Another theory also says that Sarangi is derived from “sol rang”, which simply means a hundred colors. It is a block like structure with three hollow chambers, namely- pet, chaati and magaj. The pet is the lower chamber and is covered with goat skin, on which a think strip of leather is placed. There are three main playing strings i this instrument, and players use fingertips, nails and surrounding flesh to play them. Not only is this difficult to play, but also difficult to master.

In the literal sense, it means “an orchestra of five instruments”.

The five instruments included in this unique ensemble are timila, maddalam, ilathalam, idakka and kombu, where only kombu is a wind instrument, and all others are percussion. It constitutes a pyramid like rhythmic structure, which goes on increasing in tempo. It is a temple art form that one can find predominantly in South India, more specifically in Kerala. The performance lasts for about two hours, and ahs artists of each instrument sitting in an oval. The artists use personal improvisations to bring novelty to the art form. Playing Panchavadyam is not an easy task, and requires much dedication and patience from the artist.

Tanpura, also called as Tambura or tanpuri forms the root of the ensemble and of the music itself in classical Carnatic and Hindustani musical art. The dynamic acoustic reference chords from which the melodic modes or ragas derive adds to the flavour, colour and character of the music.

It is a long necked plucked string instrument and does not play a melody but rather supports and sustains the melody of another instrument or of the singer by providing consistent harmony drone or bourdon. The precise timing of plucking, a cycle of four strings in a continuous loop is the determinant factor of the resultant sound.

While Hindustani musicians favour the term tanpura the Caranatic musicians say tambura or tanpuri. The instrument is available in Miraj style and Tanjore style and is widely used by Hindustani and carnatic musical artists respectively.

Etymologically derived from the Sanskrit term Ghatika (pot) and related to term Kunda (pitcher) in Telugu and Kundam (water pot) in Tamil, Ghatam is a traditional percussion instrument used in various repertoires across Indian musical culture. Its variant played in Pubjabi music is called Gharha and is also analogous to Madga or Pani Mataqa in Rajasthan.

Known to be one of the most ancient percussion instruments in India, it is a clay pot with a narrow mouth which slants the music outwards to form a ridge. The instrument is mainly made of clay with brass or copper fillings to create the pitch.

Ghatams though available in cities like Bangalore and Chennai is widely available in Tamilnadu’s Manamadurai, a place known for high tonal quality toned ghatams that are prepared with mud of great quality.

Thetakudi Harihara Vinayakram, also known as Vikku Vinayakram is known as teh god of Ghatam is widely attributed to popularising the art.

Conventionally considered to be auspicious among Hindu traditional weddings, especially in south Indian temple weddings, Nadaswaram is a part of family instruments known as Mangala Vadyam.  In ancient tamil texts, the instrument is referred to as Silappatikaram referring to Vanigyam. The instrument is widely popular in Tamil musical culture and Tamil diasporas.

It is double reed wind instrument partially similar to North India’s Shenai but much longer, with hardwood body and a large flaring bell that is usually made of metal or wood. Nadaswaram is known to be ‘the world’s loudest non-brass acoustic instruments’.  The instrument is usually played in pairs, and is accompanied by a pair of drums usually referred as Thalvi.

Attributed to the sacred symbolism of lord Vishnu in Hindu religious culture, a Shanka is a sea shell of any suitable sea snail which has a hole made for performance embouchure. It is used as a trumpet throughout the civilisations as a ritual in war fields. This can be witnessed in many ancient Indian historical wars and also in Mahabharata’s  Kurukshetra. It is also a symbol of water and female fertility and is the state emblem of Kerala.

It is also very important in Buddhist rituals and religious practices. It is widely regarded as one of the most famous classical instruments of pancha vadyas which translates to the ‘orchestra of five instruments’, used in temple musical art forms through ages, especially in South Indian Temples even till date. 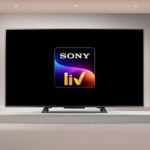 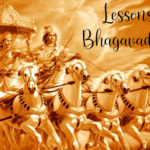