The Taj Mahal is one of India’s most coveted heritage sites. It falls under UNESCO’S World Heritage sites and if you are planning for taj mahal trip for the first time you must have “witnessing the Taj Mahal” in your itinerary- it’s one of the Seven Wonders of the World!

If you were to do a quick google search on this magnificent structure you’re sure to find lengthy articles on the history, structure and relevance to India today. However, this article will be your one stop to everything you need to know about the Taj Mahal.

A Prestigious Personification Of Love

The Taj Mahal was constructed by Mughal Emperor Shah Jahan in memory of his loving wife Mumtaz Mahal. The history of this structure is emotional in many aspects as it speaks volumes about the love Shah Jahan shared for his wife. Indian history is full of stories of eternal and selfless love, but this love story tops our list!

It was built after Mumtaz Mahal (Arjumand Banu Begum before marriage) who passed away while giving birth to their 14th child. The structure was built in her honour. Talk about an extravagant public display of affection! The Taj Mahal continues to be the biggest and most beautiful gift ever given from anyone in that time period. This gesture will always be considered as the true essence of love.

The history of the establishment of this structure is quite interesting. The construction of the Taj Mahal began in 1632 AD and ended in 1643 AD. A few more elements such as a mosque, guest house and outer courtyard were added and the final structure was completed in the year 1648 AD.

The Taj Mahal is considered to be the biggest and most exquisite architectural achievement in the range of Indo-Islamic architecture. One astonishing fact of the Taj Mahal is that Shah Jahan, himself lies entombed in this catacomb along with his wife.

This was soon after he was deposed by his own son Aurangzeb and was put under house arrest at the nearby Agra Fort. Talk about unfortunate ways of kicking the bucket.

Speaking of colour combinations, the Taj Mahal was built using white marble and precious stones. The lush green gardens at the entrance and the blue sky in the background make the entire front facing view a breath-taking sight. The beauty of this structure lies in its combination of solids and voids.

The concave and convex light shadowing further add to the aesthetic aspect of the structure. Masons, stone cutters, inlayers, carvers, painters, calligraphers, dome-builders and other artisans were requisitioned from the whole of the empire and also from Central Asia and Iran to construct this mighty structure.

You would’ve noticed four free standing minarets at the corners of the main structure which were later added to the monument. The minarets not only provide a spatial reference to the structure but also gives a beautiful three-dimensional effect.

An interesting (read: gruesome) fact about the building of the Taj Mahal was that the hands of all the labourers were cut so that they could not replicate such a structure! *Yikes*

The Taj Mahal, apart from being supremely beautiful from the outside is also known for its extremely intricate interiors. The inner chamber is an octagon with the design allowing for entry from each face.

The interior walls are about 25 metres (82 ft) high and are topped by a “false” interior dome decorated with a sun motif. The remaining surfaces are inlaid in delicate detail with semi-precious stones forming twining vines, fruits and flowers. The marble along with mirror work and the jewel embellishments make for a grand yet elegant interior of the tomb.

When To Visit The Taj Mahal

Months: The best time to visit the Taj Mahal is in the autumn, winter and spring months from October to February. The months of May to July don’t see as many visitors due to the excessive heat.

The months of October and November, post the monsoons, make for the best time to visit the Taj Mahal as it is most beautiful this time round. The gardens lush with greenery and the Yamuna river flowing proudly past the Taj Mahal, the whole experience is what makes it worth it.

A Few Tips, Before You Visit The Taj Mahal!

As of today, despite prevalent controversies, past and present threats from
Indo-Pak wars and environmental concerns, this embodiment of love continues to shine and fascinate people from all over the world. 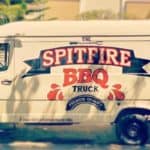 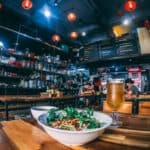