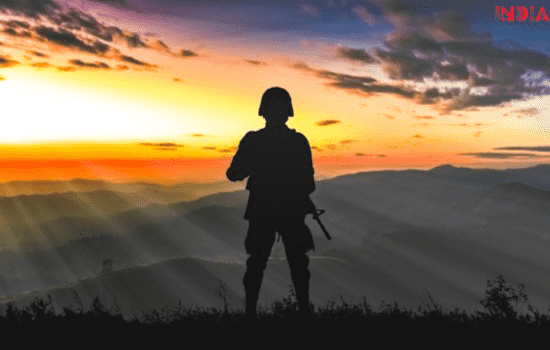 Military history books that describe operations, the courage, and sacrifices of our soldiers are hard to find. Consequently, military history is one of the least touched topics in Indian non-fiction.

Kargil: From Surprise to Victory by General V. P. Malik deals with all the factors that led to the Kargil War. The Pakistani army played a dual role on behalf of the Mujahideen, but their rule was short-lived. All the peaks invaded by the regular Pakistani army were seized by the Indian army and the Pakistanis had to surrender to LOC.

The tone of “Kargil: From Surprise to Victory” sounds more like a report than a letter from someone deeply involved in the war. However, it has great moral and educational value for any reader. It offers significant historical value and explains the threats the Indian Army faces to protect the nation from rogue neighbors.

Another good read in the genre of motivation and military stories is India’s Most Fearless. It was written by Shiv Aroor and Rahul Singh and it simply reveals the bravery of modern military heroes.

The book contains an account of the 2016 surgical attacks, modern heroes such as, Major Mukund Varadarajan, Havildar Hangpang Dada, Colonel Santosh Mahadik and many other heroes. You’re sure to get goosebumps when reading this book.

The conflicts described in this book are brief and limited however each of them is packed with intense activity, fierce battles, and crucial decisions. This makes for an easy read for new beginners!

Pakistan started the war in 1965 with a mixture of regular and irregular troops. Harbaksh Singh, the army commander at the time, maintained a calm presence under which the army inflicted unprecedented losses on the enemy.

“War Despatches: IndoPak Conflict 1965” tells the inside story for the first time through the first-person reports of the army commander about the war. The authentic records make this book a unique read when learning more about the Indian Army.

India’s Bravehearts is a rare inside story about the Indian Army from one of its most famous officers. This book tells gripping stories of death-defying operations and daring surgical attacks that soldiers must train extensively to be in combat fitness.

It tells us what life is really like in the LoC and the life of the young people who made the maximum sacrifice for their country. Thrilling and heartbreaking, you will see the Indian army and our soldiers up close as you have never seen them before.

The Brave: Param Vir Chakra Stories by Rachna Bisht Rawat is a book about all the heroes of the Indian armed forces who had to make a sacrifice to protect India. It consists of twenty-one shocking stories about how twenty-one soldiers won the honor of India.

Rachna Bisht Rawat talks with parents, sons and brothers in the military and understands how they performed their duties in combat. The author illustrates the passion of every soldier when he goes into battle.

When a reader finishes reading it, they leave a feeling of empathy and great gratitude for those who sacrificed their lives going to war.

The book highlights certain events of the Indo-Pak war, Sino-Indian war, and Congo.

The book provides an overview of the military history of India from colonial times. One of the most important aspects of the Indian armed forces changed between 1947 and 1971.

Moreover, it traces the bitter lessons of 1962 and the sweet victory of 1971. The book is easy and interesting to read, basically an amalgamation of strategy, tactics, operations, and the human facet of war.

Recommended Story – 10 Must Read Biographies of Inspirational People from India

Mission Overseas: Daring Operations by the Indian Army explains three main military operations of our Army outside of India. Sushant Singh tells stories that speak volumes about the path our brave men and women have taken in unknown areas with limited resources. The author writes a fact-based narrative that shows the reader all the narrated scenes in easy-to-understand language.

He speaks about three main operations.

Overall, This book gives a great insight on the Indian military’s ability to overcome obstacles.

“The Legendary Gorkhas” was written by K. K. Muktan, who is also a Gorkha. It tells the story of the bravery and sacrifice of the Gorkha. Originally recruited from Nepal in 1815, this formidable clan has earned an excellent reputation for bravery and loyalty. During the First World War, they showed their bravery in France.

During World War II, they distinguished themselves in Burma (now Myanmar). After the independence of India, it became an integral part of the Indian army. They played in all the wars that India has fought to this day.

The Gorkha made a tremendous contribution to India with their lives and blood, protecting its sovereignty, preserving its territorial integrity, and thwarting repeated foreign invasions.

The book contains a report on the 26 November  2011, attacks in Mumbai. It talks about how the attacks occurred. Also, it reveals the combined effort of the Maharashtra Police, NSG Commandos and the Marcos.

It’s a great and inspiring book which highlights the bravery of our heroes who maintained harmony in the city.

“Death Was Not Painful” is a real-life account of a former Indian Air Force fighter pilot, Dhirendra S Jafa, who was a prisoner of war during the Bangladesh Liberation War in 1971. The book describes the brave life of fighter pilots in active combat. The torture, pain and helplessness of soldiers captured during a war are told with emotion.

Dhirendra S. Jafa also recounts his conversations with the various people he met during his incarceration: Pakistani interrogators, prison guards and civilians.

All these books speaks volumes about the heroism of our Indian soldiers. You should give definitely give it a read.. and you will be sure to praise them for their commendable and selfless duty towards their nation.

Also Read – Must Read Books on Spirituality & Philosophy in India 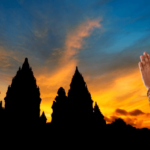 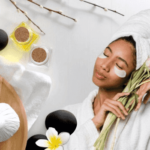